Home / About us • Reviews / The visual punk of glitch art

I had a musical education, so I happen to know quite well the types of experimentation that crossed the history of music – such as prepared piano, circuit bending, or analog re-sampling.
I did not know the same could happen in the visual field. I always thought video experimentation to be a phenomenon relatively limited to the analog field – Welles’ wide-angle, Kubrick’s astronomical lenses – or to the digital field – the cgi-verse, or the post-production phase.
Instead, while I work on live visuals, I’m starting to discover that there is a borderline, less clear and much wider than it may seem: the visual glitch art.

First of all, what are we talking about? The definition is the first fascinating thing about it, because there is not an actual one.
In the electronic field, a glitch is an unpredictable error. And by extension the corruption of codes, data and signs through analog or digital tools. Artefacts, disturbances, bugs, noises – first and foremost it’s an error aesthetic. It’s easy to think about glitch art in the music field, since it’s pretty common (from Pan Sonic to Christian Fennesz) and it partially influenced electronic culture and dubstep, but not as easy when it comes to the visual field, as it turns out to be a wider territory. The error becomes image and movement, system errors are exploited, and it has a certain punk nature. At the same time, this kind of art exploits the glitch and uses it, so its nature is also entropic, dadaist.
Glitch art means exploring the material beyond the analog and digital video; to destroy and to reassemble in order to create. To bend the computerized process into a human expression, freeing something that was somehow dormant. To disturb, to overturn the relationship between the user and the technologic device – one can’t help but see a certain nihilism in it.

Glitch art is therefore the contradictory relationship between man and machine losing his functionality.

To better understand it and explore its postmodern aesthetic, I’d like to talk about some of the most common methods to make this kind of art.
First of all, glitch art is born out of analog tools. It’s a very wide universe, of course, revolving around the disturbance of the continuous signal. A trivial example: the utilization of feedback, making the output signal going back into the input, or the modifications to the vga connector and its pins. 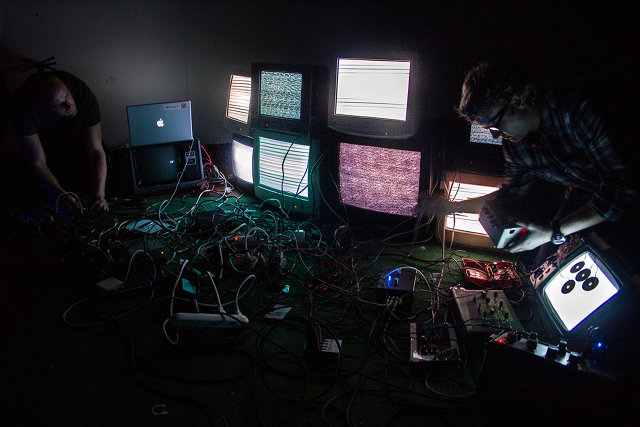 Nam June Paik developed the so-called wobbulating: distorting the signals of cathode tubes through magnets.
Similiarly to the music field, there are many forms of circuit bending. The circuits of the electronic devices are recalibrated or reconstructed in order to make them act erroneously. Any hardware can be used – it’s the case of noteNdo, who realizes perfomances using Nintendo consoles. 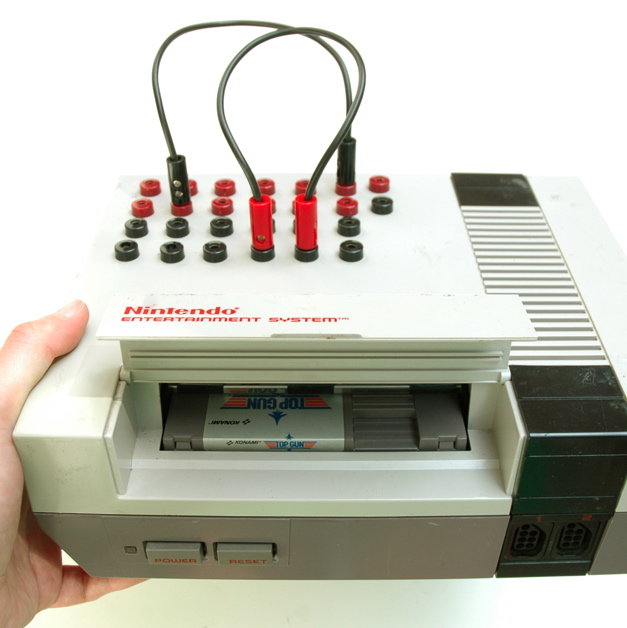 The glitch can also be produced by working on digital signals, or turning analog signals into digital ones, using the most varied techniques.
One of the essential techniques is databending: the erroneous interpretation or modification of a file, chaning its data through an editor hex, for instance, or through sonification (a video file treated like an audio file). Kim Asendorf created the pixel sorting technique, a process that reorganizes pixels with a semblance of a sequential order. 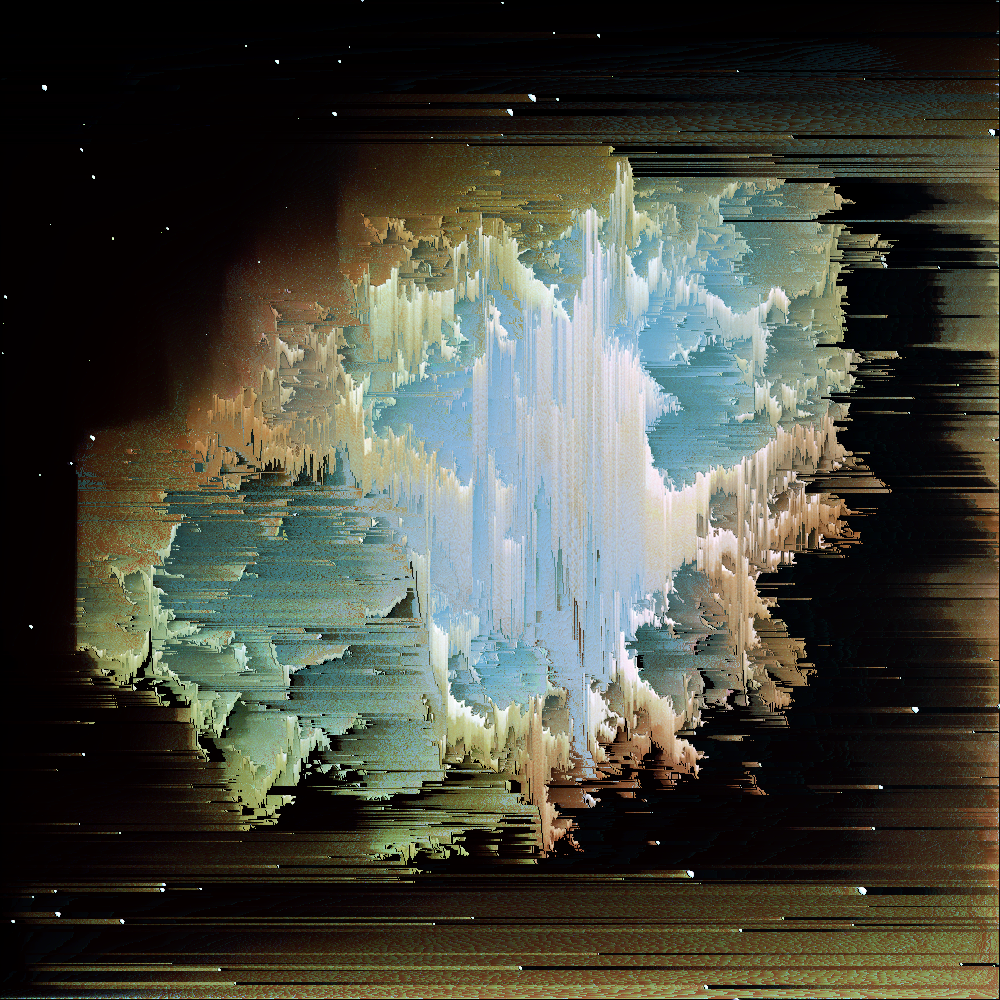 A pixel sorting exemple made with Kim Asendorf’s script

Another technique is called datamoshing: it exploit the video compression to create artefacts or movement distortions. The most popular technique consists in eliminating the key frames, which contain all the visual data, leaving only the frames containing movement data, thus dragging leftovers of visual data on the movements of the next frames.
To give some examples of these techniques, these are some of my experiments in the context of our audiovisual performance. They were realized through different glitch techniques: databending and pixel sorting on single frames, sonification, datamoshing and some generative modification javascript codes.

Regardless of the techniques, glitch art is closely linked with both today’s digital massification and the analog past we grew up into, becoming in many ways an electronic form of pop-art, getting its hands sullied with cyber-punk tendencies.
Today, it is part of our cultural background, expanding through many different fields: live visual perfomances, installations, videoclip, cinema, videogames, as well as photography, interior design, fashion and other equally unexpected fields.
I like to think of it as a form of technologic punk, as it often denounces not only our morbid relationship with technology, but also how the media influences our society and our behaviour, fostering a world of massified consumption. An unavoidable, and somehow necessary, form of expression nowadays.

In conclusion, here are some texts and useful tools for taking a deeper look into the theories and the essentials of glitch art: